Going Green with the Commercial Lease

Researchers from Oxford, Reading and Sydney Universities examined five case studies in the UK and Australia, where green leases were first introduced in 2006, to understand how green leases are applied in offices and stores. Their paper published in the journal, Building Research and Information, finds that green leases provide a valuable framework for improving levels of cooperation between tenants and landlords which can include sharing energy data, targets for improvement, and in very rare cases, costs for building upgrades.

Traditionally, leases ignore environmental considerations, partly due to conflicting landlord and tenant goals. However, the study shows how leases are evolving to include green clauses that can increase cooperation between tenants and landlords on sharing environmental goals, acting as a 'local law' to increase environmental accountability and opportunities.

The study finds that in both countries, green leasing is taken up in offices more than in retail, with green leases proactively driven by landlords rather than tenants. One notable exception is the British multinational retailer, Marks & Spencer (M&S). To date, M&S has implemented green leases and written agreements about environmental improvements with multiple landlords in more than 80 of its stores, with plans for more. The study remarks that the important drivers for the M&S leasing policy were 'strong leadership and concern about climate change'. It also notes that this retailer’s brand and size gives it some sway in the leasing arrangements. With the notable exception of M&S, the study finds green leasing is still unusual in retail markets in both the UK and Australia, possibly due to the highly price-sensitive nature of this sector.

Lead author Dr Kathryn Janda, from the Environmental Change Institute at the University of Oxford, said: 'Green leasing is a promising tool that tenants and landlords can use to develop joint environmental actions, with little or no involvement from government. It can foster greater cooperation in shared premises, and help organisations achieve environmental goals. More research is needed to measure the outcomes of this approach.'

Co-author Dr Sara Wilkinson, from the University of Technology, Sydney, said: 'The evidence shows that landlords and tenants in key Australian markets are valuing the enhanced reputation gains that green leases and greener buildings provide. Ongoing work by the Better Buildings Partnerships encourages the parties to sign up to a greater range and degree of enforceable green lease clauses that deliver greater benefits.'

The researchers found that clauses can range from 'light green', demanding a general duty to work together on environmental matters, to 'dark green' which are more ambitious, imposing specific environmental rating targets. In Sydney, green leases in office buildings have been growing quickly, says the study. It also remarks, however, that despite this growth, parties still hesitate to push for legally enforceable dark green clauses because of fears of increasing the risk of a dispute.

One of the case studies highlighted in the UK was a sample of office and retail buildings certified by BREEAM, a sustainability assessment method. Surprisingly perhaps, 40% of the leases for these buildings had no discernible green clauses. Of those that were green, data-sharing was the most common clause (80%).

The property markets in both the UK and Australia support Better Buildings Partnership (BBP) organisations and the study finds that the BBPs have been key in fostering green lease activities in both countries. It also highlights several areas for future research, with one notable example being the need for an international standard for what a 'green lease' is and does.

> The BBP Green Lease Toolkit can be accessed here. 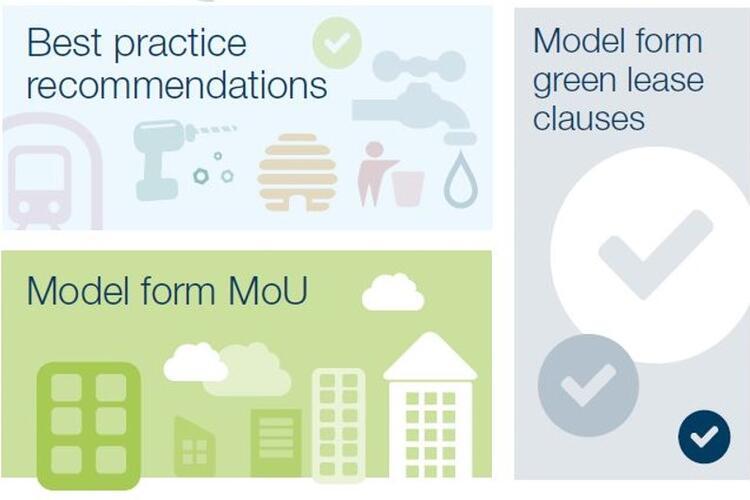