Aviva, British Land and Hammerson in Top 15 of Carbon Reporting Performance of the FTSE 100

Carbon Clear has published their fifth yearly report on the carbon reporting performance of the top 100 companies in the Financial Times Stock Exchange (FTSE 100).

Telecom company BT has topped the ranking for the second year in a row, just ahead of M&S which whom they shared the top place in 2014.

Three of the BBP’s member figure in the top 15: Aviva is the 6th company in the ranking, then British Land comes in at the 13th place and Hammerson at number 15.

Aviva, along with Marks & Spencer Group and Sky has consistently been ranked in the top 10 since the report has been published.

BT’s score is reflected by the company’s carbon-cutting initiatives. In 2014, the company announced it had slashed operational carbon emissions from its global business by 25.5% as part of the Better Future programme.

M&S's status is largely thanks to its environmental ‘Plan A’ which has seen carbon emissions fall by 19% and has helped the firm become carbon-neutral across its worldwide operations. The company has also joined the RE100 commitment to 100% renewable energy.

Carbon Clear adjusts the scoring criteria on a yearly basis to reflect what businesses need to do to reach the 80% reduction of GHG emissions by 2050 set against the 1990 baseline.

For the first time, the report provides an overall analysis of business sectors as well as individual companies. The report found that despite financial institutions making up 20% of the FTSE100 only 60% of these companies are setting carbon reduction targets; with 30% acknowledging the risk of future climate change to their business.

Carbon Clear’s chief executive Mark Chadwick said: “It’s encouraging to see some companies making good progress in their efforts to tackle climate change. These are the real ‘game-changers’ who go above and beyond in terms of carbon management. However, what is clear from our report is that much more needs to be done and sooner rather than later.

“The UK’s FTSE 100 companies possess considerable resources in terms of financial strength, operations and employees, putting them in a powerful position to influence how others respond to climate change issues. Today’s report shows those businesses that are ‘walking the talk’; while highlighting other companies which barely go beyond minimum legal reporting requirements.” 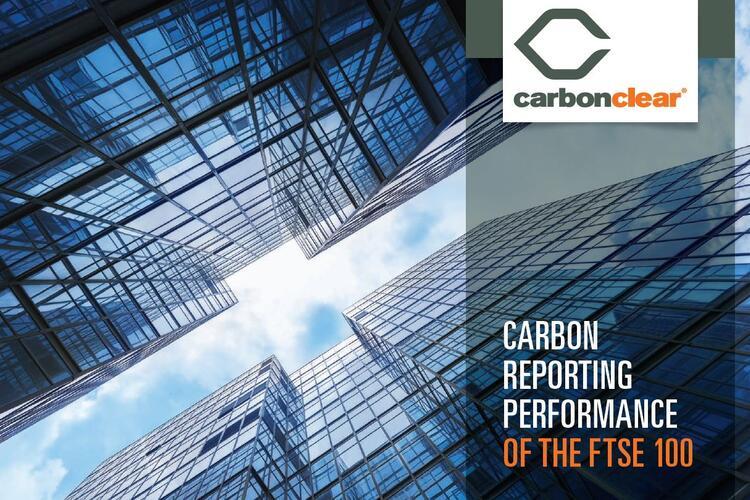