Hammerson plc, the owner, manager and developer of leading retail destinations in Europe, launched its True Value of Retail Report.

The findings highlight the sheer scale of the impact that retail destinations can have on the local economy and community, and the combined significance for the national economy.

The research, undertaken by JLL and Envoy Partnership, is based on comprehensive data collected from across Hammerson’s portfolio and expands on the findings of Hammerson’s 2013 report, “True Value of a Shopping Centre”.  The report provides a toolkit to understand and measure the socio-economic contributions of the Group’s European assets and developments, both today and over the lifetime of each centre, as well as setting a baseline to measure future progress.

Measuring the socio-economic impacts of our retail portfolio is an important step for Hammerson to become Net Positive by 2030, a key objective in Hammerson’s Positive Places sustainability strategy.

Regional retail destinations can play a central role in growing local economies and their impact on communities is widespread.  The report demonstrates that our current portfolio provides full-time jobs for over 40,000 people.  Importantly, over 80% of retail jobs across our assets go to local residents and these jobs generate more than £800 million in wages.

Supporting retail as a career

Our shopping destinations act as incubators of talent; retailers across Hammerson’s portfolio invest an estimated £40 million annually in training their staff. With almost half of retail jobs employing those aged under-25, Hammerson’s retail destinations play a valuable role in skills development for young people.  And with management roles accounting for almost a fifth (19%) of retail jobs, there are multiple opportunities for young people to develop their skills and enjoy a long and rewarding career in retail. Following the opening of our new shopping destination, Victoria Gate in Leeds, 75% of retail staff employed at the scheme are from the local area, including 534 previously unemployed people supported into work through bespoke skills and training programmes.

The retail industry is an important generator of income for the exchequer, both directly and indirectly. At a national level our assets deliver over £300 million in employment taxes. Business rates from our UK shopping centres and retail parks contribute an additional £250 million to local authorities.

Calculations within the research show that the annual saving to Government in reduced unemployment benefits for people employed at Hammerson’s assets who were previously unemployed is approximately £7 million annually. This includes savings both from the immediate impact of moving an individual from unemployment into work, but also from reducing the chance of a young person entering long term unemployment again later in life.

David Atkins, CEO of Hammerson, commented: “I am proud to be presenting our True Value of Retail Report. Measuring the socio-economic impacts of our portfolio is a key step in becoming Net Positive by 2030 and is in line with our mission to create Positive Places for all stakeholders.

The retail landscape is evolving at a faster rate than ever before and this report demonstrates the continued important contribution that retail destinations can make, not only on a national scale but more importantly within the communities in which they are located.

We look forward to working closely with our retailers and other partners to enhance the positive impacts we create across our shopping centres and retail parks.”

Edward Cooke, CEO of Revo, added: “Congratulations to Hammerson on their True Value of Retail report but also their ambitious and admirable Net Positive Strategy. At Revo, we believe that retail placemaking creates the most extraordinary opportunities for people and places.

This is a signifier of the multifaceted positive value that retail brings to local communities up and down the country. Establishing the overall impact highlights the investment that retail places can attract and add to local economies as the jobs, inward investment and cost savings to the government show.

Although retail is undergoing significant change, leadership from Hammerson and other retail property investors on delivering positive impact to people and place across the country demonstrates the power and potential of retail and leisure led placemaking”

The report is available here: 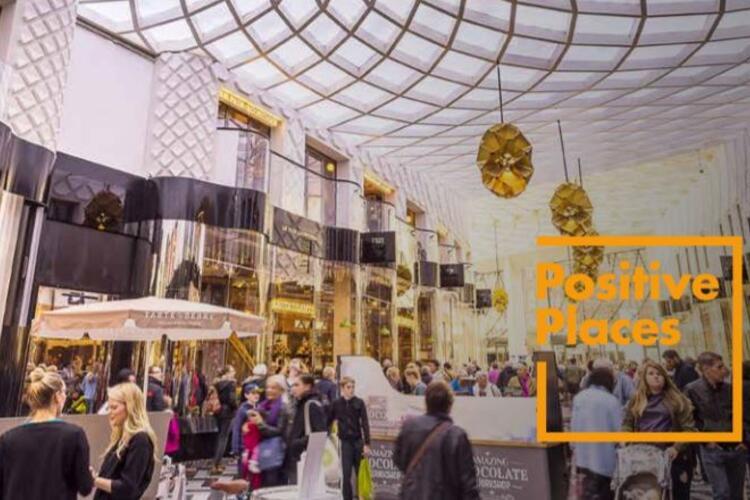