The towering Walkie-Talkie building is one of London’s most contentious skyscrapers, blamed for beaming car-melting rays of sunlight down to streets below and for wind tunnels fierce enough to scare pedestrians.

But the huge tower has another oddity: a £4m fuel cell system in its basement that acts like a mini power station, supplying cleaner electricity and heating to the building’s 5,000 office workers.

It is the first in London’s Square Mile but it may not be the last for the property’s joint owner, Land Securities.

The UK’s largest listed commercial property group has just become the first of its kind to adopt emissions-cutting goals in line with the Paris climate change accord, a move that means it may not buy buildings that are not green enough in future.

If the company is offered a property with poor environmental standards, it might not pay as much as a rival, he told the FT in an interview.

Land Securities has 127 properties with a combined market value of £14.5bn.

Many companies have targets to cut their greenhouse gas emissions. But only a few, including US computer maker, Dell, and Italian energy company, Enel, have signed up to so-called science-based goals that meet the aims of the Paris agreement struck in December.

The accord is supposed to cut carbon dioxide emissions enough to stop global temperatures rising more than 2 degrees centigrade from what they were before the industrial revolution.

Buildings account for a large slice of global emissions because so many are heated and powered by fossil fuels, so the global property sector will have to play its part to make the Paris accord effective.

Land Securities has calculated its share of the burden means it should cut the amount of carbon emitted per square foot of its properties by 40 per cent by 2030, compared with 2013/14. The target will only apply to buildings it has held for at least two years.

Mr Greenslade said it was too early to say how much the goals were likely to cost, though the aim was to cut energy use so they should end up saving money.

But he said the company was ready to incur costs in some cases, if the environmental gains were big enough.

It had already done this last year, he said, spending an extra £1m to replace old boilers and the electrical system at the Thomas More Square property in Wapping that it sold this year.

“We did that because we thought it was the right thing to do rather than purely on the economic assessment of it,” he said, adding the refurbishment had led to a 25 per cent cut in energy use.

Mr Greenslade said it was too early to know how investors would react, but a pilot scheme the company had done with the NG Bailey engineering firm had created a 9 per cent cut in energy use at some of its London sites.

It is already talking to developers of a cling film-like material that can be added to a building to generate power.

“We’ve made a commitment to lead the market,” said Mr Greenslade. “We’re the largest listed UK real estate company and we feel this is an important sustainability contribution that we can make.”

The Walkie-Talkie uses as much electricity in a year as a small town and its fuel cell system provides about 7 per cent of the building’s energy, according to Neil Pennell, head of engineering and design at Land Securities.

It is cleaner and quieter than alternative energy sources, he said, and had performed well since the building was completed nearly 18 months ago.

But cost was an issue. “The reason people are not doing it is at this point in time it’s more expensive,” he said, adding the more companies that installed such systems, the cheaper they were likely to become.

This article was written by Pilita Clark and was originally published in the UK Financial Times - Business & Economy Section here. 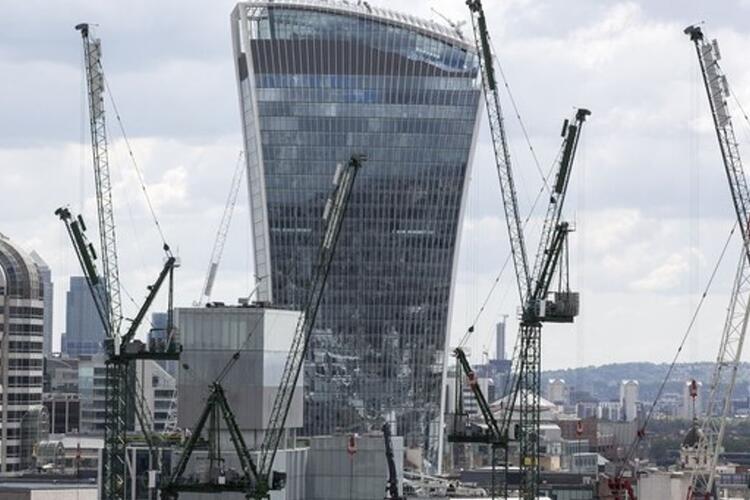