Australia in the Lead on Energy Efficiency

Thanks to the National Australian Built Environment Rating System (NABERS), Australia is one of the few markets where there is a proven link between the sustainability of a property and its attractiveness for tenants, especially in the office sector.

This scheme has spurred property developers and owners to significantly improve the efficiency of office buildings. Properties that do not achieve good NABERS energy ratings do not command the same rents, and fewer tenants are interested in them.

This means anybody invested in offices in Australia must be conscious of sustainability or they will not succeed.

This is not always the case in other markets, although it is certainly becoming more significant and there are certain cities – such as San Francisco, New York and some European cities – where an office building will not be considered prime unless it has a sustainability rating such as LEED, BREEAM or Energy Star.

NABERS is highly effective because it measures the actual performance of a building versus relying on an analysis of its design to predict how efficient it will be.

I am unaware of another country with a system that has driven change in the industry so effectively, although the US Energy Star rating has also achieved significant market penetration and is also incentivising a move towards efficiency.

TH Real Estate is working with peers and developers in the UK on a plan to pilot something like NABERS there in the future.

As landlords, we would like to see that kind of rating being used effectively across our global portfolio because we believe it would drive an improvement in energy performance and make all buildings better.

Despite these achievements, Australia cannot afford to be complacent on sustainability.

While office properties in Australia are becoming highly energy efficient, Australia’s grid electricity is not currently as clean as many of the other areas where we invest.

In Europe, for example, we see the grid becoming cleaner every year as European countries increase the proportion of their energy coming from renewables, and to a certain extent from nuclear.

Australia has made less progress. Despite attempts to find a cleaner energy solution in recent years, it remains reliant on coal and struggling to define a path for change.

Currently, TH Real Estate’s target is based on energy efficiency, not carbon emissions, because utility consumption in our buildings is more directly within our sphere of influence than the carbon intensity of the electricity or fuels supplied.

Furthermore, carbon emissions vary so widely from country to country and changes in the carbon intensity of grid supplied energy each year play havoc with hard target setting into the future.

I hope we will see grids across the world becoming less carbon intensive in time, and that will be positive for investors.

If Australia does not keep up, the risk is that investors will eventually begin to turn their attention elsewhere. 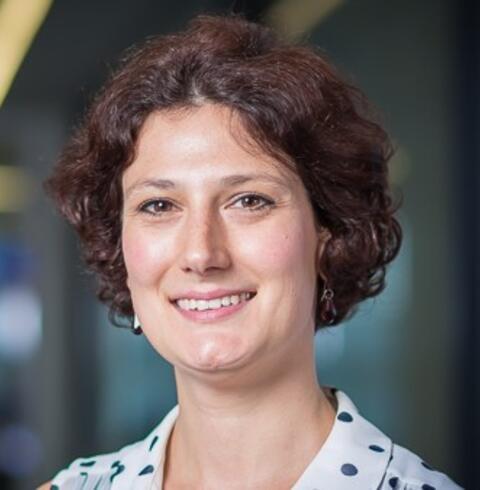