The ‘Underneath the Big Green Leaf’ campaign involved a series of community events which took place across nine of our retail parks during the course of the summer 2014. Hosted under a giant inflatable leaf – giving the campaign its name – the events were free to attend and featured a range of interactive and eco-friendly activities for the whole family to enjoy.

The campaign attracted nearly 5,000 children who visited the retail parks during the summer months where they learned about sustainability and the importance of protecting the environment.

The tour also engaged with 30 local ‘green’ charities and community groups across each location where they were given the opportunity to win a ‘Big Green Leaf Community Award’. This was supported by key stakeholders including local Councillors and MPs.

> Underneath the Big Green Leaf

Jo Francis, Head of Retail Property Management – Regional, said: “The concept for this nationwide campaign was to deliver a fun educational and memorable experience while communicating essential environmental messages and encouraging children and families to take part in sustainable activities, such as conservation and reserving water.”

The innovative approach of the ‘Underneath Big Green Leaf’ reached thousands of people, encouraging them to think about their impact on the environment. This was complemented in summer 2015 by the ‘Thrive’ Healthy Campaign which toured eleven of our regional retail destinations. These initiatives are part of The Crown Estate’s active asset management approach to its regional retail portfolio to enhance the day-to-day experience of customers and occupiers and boost footfall.

Presented at a ceremony earlier this week at the House of Commons, The Green Apple Awards are run by The Green Organisation – an independent, non-profit environment group dedicated to recognising, rewarding and promoting environmental best practice around the world.

The Green Apple Environment Awards were established in 1994 as an annual campaign to recognise, reward and promote environmental best practice around the world. The scheme was one of the first to be accredited by the RSA as an official feeder scheme into the European Business Awards for the Environment. 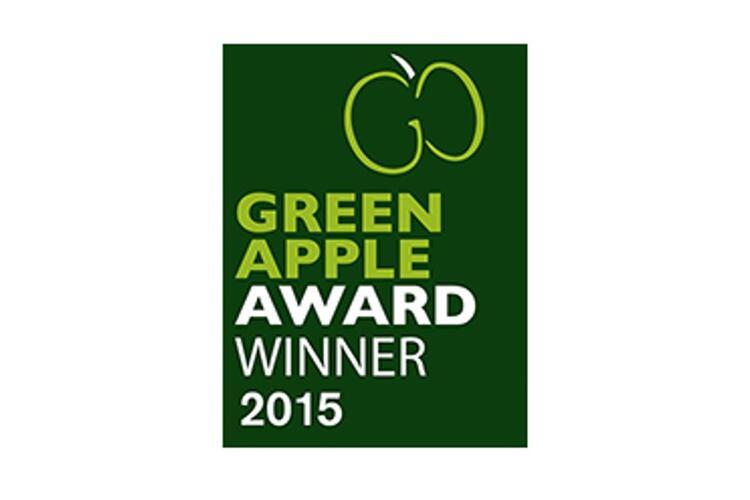