The Importance of MEES for Property Asset Management

Aberdeen Standard Investments' recent experience at a mixed retail / office building in Manchester city centre has reinforced just how significant the new Minimum Energy Efficiency Standards are for asset management and leasing strategies – and how easy it could be to come unstuck!

Energy surveys of the building undertaken by WSP had identified opportunities to reduce energy consumption by 37%, saving £30,000/year with a payback of just over 2 years. The survey also highlighted that that the existing central chiller plant was more than 20 years old, and due for replacement. It was also significantly oversized, having originally been designed to serve both the retail units on the ground floor and the offices in the upper floors. However, at some point several years ago the offices had been disconnected and the chiller was now only serving the retail units.

A feasibility study was undertaken by WSP which demonstrated that a replacement chiller could be procured and installed for £80,000. At 50 kW it would be half the size of the existing chilled water system and have better Coefficient of Performance (CoP), delivering reductions of energy consumption and costs. A decision was needed quickly because Aberdeen Standard Investments was in the early stages of lease negotiation with a new tenant for one of the retail units. The replacement of the existing chiller with a smaller, more efficient replacement seemed the obvious choice, but was it?

WSP had prepared the existing Energy Performance Certificates for the retail units and it was agreed that they would rerun the EPC models with the details of the new central chilled water system. The critical finding was that with the new, smaller, more energy efficient central chiller installed, all of the retail units had EPC ratings of F or G. Furthermore, there were no improvements that could be made to bring them up to a minimum E rating.

The current lease being negotiation could have proceeded because Minimum Energy Efficiency Standards (MEES) had not yet come into force. However, all other existing lease agreements were due to expire within 18 months but after April 2018. Those units would potentially be unlettable unless Aberdeen Standard Investments was successful in registering an exemption from MEES. If they could be let with an exemption would the units then be harder to let and would they command the same rental value? The “obvious choice”, an £80,000 like-for-like replacement, risked being obsolete within 12 months of installation.

Aberdeen Standard Investments, WSP and the managing agents worked closely together to develop an alternative strategy. The answer was to install individual DX refrigerant based split systems for each retail unit. The capital cost required was virtually the same as for the like-for-like central chiller replacement. However, this strategy actually transferred both the capital cost for the upgrades and all ongoing liabilities associated with these systems, from the Aberdeen Standard Investments (as landlord) to the tenants. In addition, this approach:

In the end the outcome worked for all parties but Aberdeen Standard Investments was struck by how easy it would have been to have made the wrong decision, particularly with the added time pressure introduced by a lease negotiation. Aberdeen Standard Investments has already established protocols to ensure MEES implications are considered for all building upgrades and tenant fitouts. This experience has underlined the importance of ensuring that these checks are undertaken diligently, and that the ‘obvious’ M&E solution may not be the optimal solution from a wider legislative perspective. 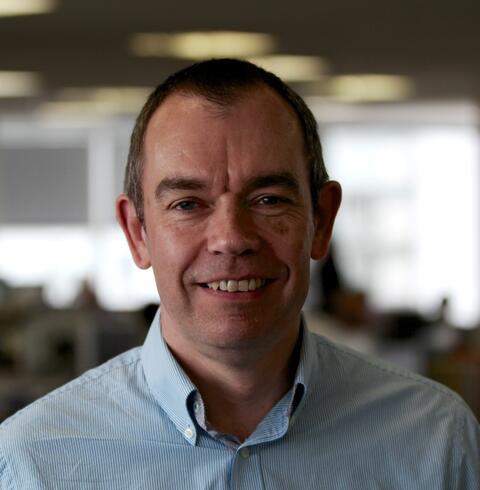