Last week, the BBP head off to France for its first trip abroad!

The invitation to attend an exchange in Paris was made by the BBP’s French counterpart, the Observatoire de l’Immobilier Durable (OID) in response to the successful visit of the OID to London in October last year. More on that day can be found in my previous blog.

Fifteen people attended for the OID.

Introductions were made over a delicious dinner next to Bourse, in central Paris. 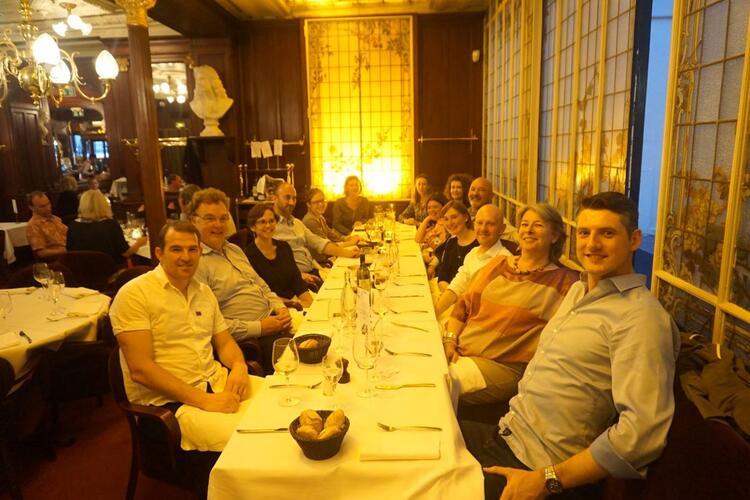 On Tuesday 12th, the day started nice and early with an introductory presentation by Bouygues Batiment on their new development of la Cité Musicale at Ile Seguin, an island in the South of Paris at Boulogne Billancourt.

We learnt that when completed the musical centre will not only have the largest LED screen in Europe, but it will also be able to host 6,000 people at a time in its main concert hall and 1,100 in the second hall. It aims to host 300 events and attract 70,000 paying visitors a year. This truly is a colossal project!

The development is part of a public private partnership between the local authority; the Department Hauts de Seine, the contractor; Bouygues Batiment, the service and maintenance team; Sodexo, and the tenant; STS Evenements and TF1. Each party has been involved in the project from the beginning of the process in order to ensure the site serves the needs of each stakeholder as best as possible.

The project has the following sustainability credentials:

Rainwater harvesting will be installed throughout the site and will be used for the green roof, toilets and washing the outside of the buildings, providing 15 % of the total site needs in water.

The Cité Musicale will open to the public in April 2017, so we look forward to seeing the finished product then! 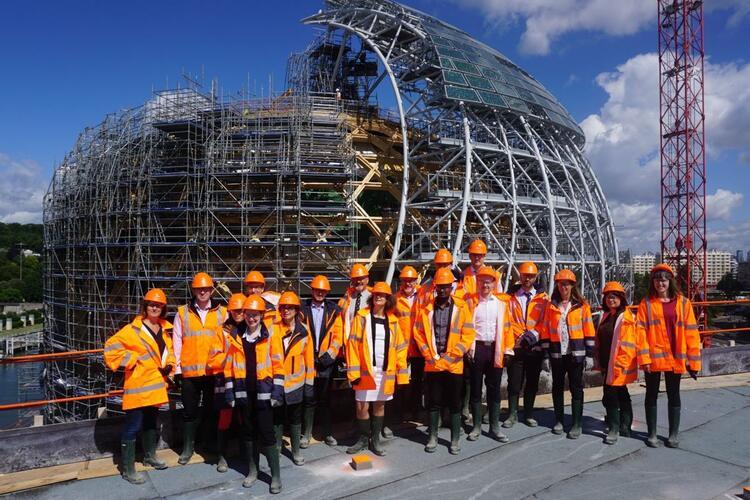 Following the first site visit, we moved on to our lunch roundtable held at Greenaffair – an OID member - that provides environmental consultancy services.

After general introductions to the BBP and the OID, the BBP presented an update on the BBP Real Estate Environmental Benchmark as well as to our involvement in the UK Design for Performance project.

We then heard about the popularity of certification schemes in France from Greenaffair and Allianz Real Estate (ARE). For example, ARE’s new HQ in La Défense has the following certifications:

It appears that on the French market, it is normal to seek HQE certification (for French occupiers) and an international credential such as BREEAM or LEED (and sometimes both) in order to secure international tenants as well. Certification has also been used as an incentive for facility managers to provide higher quality performance.

WELL certification is gaining popularity in France just like in the UK. At the moment, around 20 projects have been registered for WELL Core & Shell certification. Trade unions in France also help increase the demand for WELL certified buildings as their members’ demand high quality workspaces.

Finally, we learnt that Ready2Services, a ‘smart’ building label showing ‘interconnectedness’ will be launched in the French market in 2017 by the Smart Buildings Alliance. As if this plethora of schemes in France were not enough for us to get our heads around… 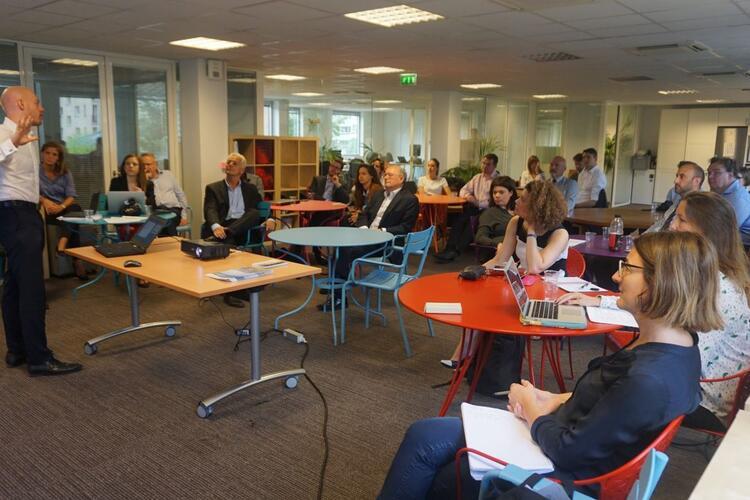 To finish off the day, we had a presentation by Gecina, a French property holding, on their recent refurbishment of the office building; le Cristallin. This building was the first private building to receive HQE certification more than 10 years ago. It had been recently refurbished and had a green roof that we were more than happy to admire!

All in all the day was another great example of cross-border knowledge sharing. We hope to build on our experience and offer more trips like this to BBP members in the future. 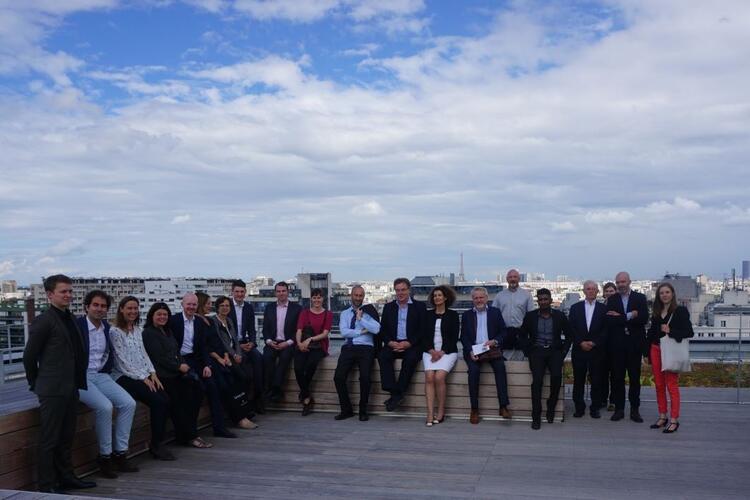