At Bullring, Hammerson upgraded the lighting with 5,420 new LED lights. As the most energy-hungry asset within the portfolio, efficiency has been a key focus area and the LEDs have resulted in substantial savings. At a cost of £1.5 million, this was a significant investment, but payback is expected within 4.5 years.

Hammerson’s sustainability framework, Positive Places, aims to create retail destinations that deliver positive impacts economically, socially and environmentally. Developed in 2003, Bullring has transformed Birmingham’s city centre. With a footfall of 35 million per year, Bullring is one of the UK’s most successful retail destinations. The 110,000m2 shopping centre is home to 160 retail units and 3,000 car parking spaces.

In 2014, Bullring consumed 10 million kWh of electricity and generated over 5,000 tonnes of CO2 emissions with lighting comprising around a third of total electricity consumption. Hammerson commissioned a feasibility study by a third-party consultancy to identify opportunities to cut electricity used in lighting and reduce maintenance requirements, at the same time as creating the best lighting appearance possible.

The study also identified several areas, particularly in the car parks, where lighting was

Hammerson opted to replace both fittings and luminaires (option 3). Whilst this required significant capital expenditure, it also offered the greatest return on investment and carbon savings. In addition, the team incorporated motion sensors, daylight sensors and dimmable controls in car parks and back of house areas to maximise savings. The team also updated the emergency lighting system, expanding its lifespan.

Over a phased period from July 2015 to February 2016, Hammerson’s project management agents, Workman, led the replacement of 5,420 luminaires:

How to identify the best lighting solution?

Hammerson commissioned a third-party consultancy to carry out a feasibility study at Bullring, setting clear priorities: electricity reduction, light quality and ease of maintenance. Some areas were excluded from the original scope, which was desk based. Considering the financial and environmental savings to date, Hammerson will incorporate these areas as a separate project over the coming 12 months. In addition, future projects such as full scope replacement programmes or rolling replacement programmes are being assessed across other schemes.

How to deliver a major lighting replacement programme in a busy shopping centre?

Hammerson used Workman to project manage the installation. The majority of works were undertaken outside of normal shopping hours and in zones to prevent any disruption to the visitor experience and minimise impact on operational services. In front of house areas and car parks, the entire process has gone smoothly. In back of house areas, there were some issues with low light levels. The original lighting has been temporarily reinstalled in some fittings, while brighter LEDs are being sourced. 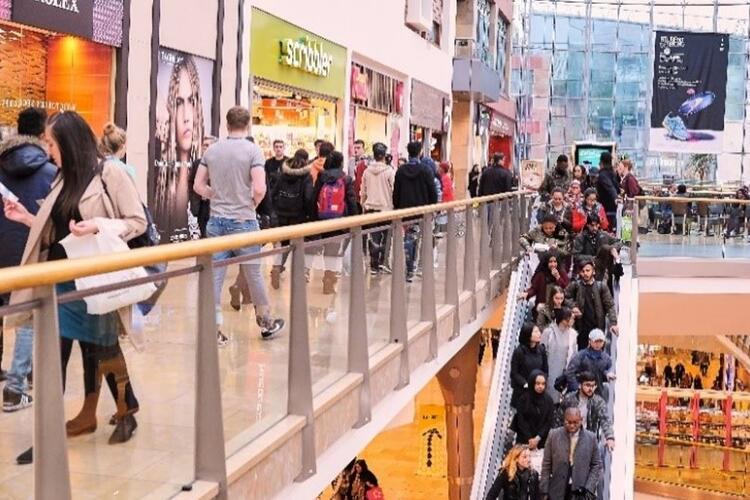 “Hammerson’s vision is to be the best owner, manager and developer of retail property in Europe. Positive Places directly supports the delivery of this vision. At Bullring, our LED replacement project has substantially cut electricity bills, reduced CO2 emissions and maintenance costs. It has been an enormously successful project for our retailers and for Hammerson.”