Does monitoring and benchmarking energy consumption deliver value for money, or just add cost and red tape? British Land is one of a number of property companies calling for a landlord energy rating system in commercial buildings, and for the Government to support this.

I believe that we need landlord energy ratings to incentivise the market to manage commercial buildings more efficiently. The Government has asked for evidence that an operational rating scheme could pay for itself.

A recent report from Australia provides compelling evidence that operational ratings can lead to significant savings and improved asset performance. An impressive 72% of Australian office space has been rated through the National Australian Built Environment Rating System (NABERS).

Buildings that regularly measure their performance using NABERS see an average improvement in energy efficiency of 8.5%, saving 383,300 tonnes of carbon every year – as much as annual emissions from nearly 60,000 UK homes. A similar reduction in the UK would equate to electricity cost savings of more than £50 million a year.

Early on, the Australian Government played an important role not just as a regulator but as an occupier. They stipulated that they would not occupy buildings rated lower than 4.5 stars, forcing landlords to improve their stock and management practices. Other corporate occupiers soon followed the Government’s lead – and the results are striking.

Here in the UK…

The Government’s Minimum Energy Performance Standards (MEPS) are starting to drive investment in non-domestic buildings to improve efficiency ratings – demonstrating how ratings can motivate the market. These standards, set out in the Energy Act 2011, will prohibit the letting of buildings with low Energy Performance Certificate (EPC) ratings from 2018, where viable measures haven’t been implemented to improve performance.

However, because MEPS are based on EPCs and not operational ratings that measure actual energy use, they don’t provide an incentive for landlords or occupiers to manage buildings efficiently. A building can have an EPC ‘A’ rating, but an operational energy rating of ‘G’ because it’s not being managed efficiently.

Our own experience shows that good management can drive huge savings. In the past five years, we’ve cut energy use in our like-for-like buildings by 34%, saving occupiers £6.9 million, largely through low or no-cost operational initiatives. I suggest that our experience is no different to most commercial buildings the world over. Certainly we find this to be the case in all new buildings we acquire.

It is clear to me, and many others in our sector, that the UK needs a system triggered by landlord energy ratings in buildings. Landlord energy ratings offer the best means to incentivise landlords, and thus their building management teams, to improve energy efficiency in common parts and central plant. This typically makes up 50% of the total energy costs in a commercial office building.

Importantly, landlord energy ratings demonstrate to future occupiers how efficiently the building is being managed, so that they can factor this into their rental decision-making. Based on the Australian experience, when this happens, UK landlords and investors will start to see a very clear and direct relationship between more efficient buildings and financially better performing assets. 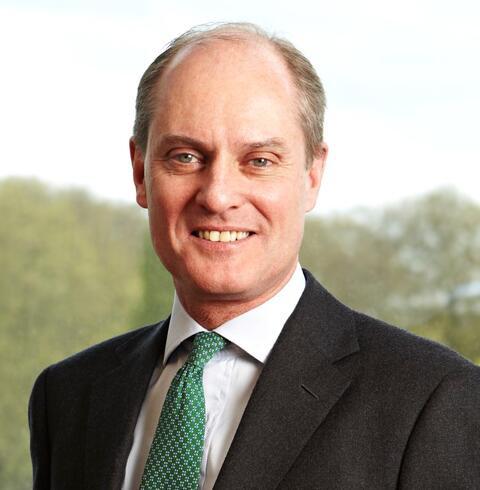