The Crown Estate, in partnership with Westminster City Council and Cross River Partnership, hosts the Recruit London scheme. Since 2009, this innovative community employment and training initiative has been helping Westminster jobseekers into sustainable employment and supporting West End businesses with free recruitment services. Recruit London’s Workplace Coordinators work with employers and referral agencies to match local jobseekers to vacancies, supporting candidates throughout and helping them access training. This delivers skilled, job-ready candidates for retail and hospitality roles, with additional mentoring support in the workplace for up to six months. Recruit London has gained widespread recognition within the retail and hospitality industry and has expanded to include partners such as the New West End Company and, most recently, Capital and Counties.

£10.9m value to individuals and the UK

Over 1,200 jobseekers supported into work

35% previously unemployed for a year or more*

6 months’ support for candidates and employers

The Crown Estate owns and manages almost all of London’s Regent Street and around half of St James’s, home to over 20,000 workers.

The London Borough of Westminster, where Regent Street and St James’s are located, is home to some of the UK’s wealthiest people. However, it also contains pockets of severe deprivation and has relatively high long-term unemployment rates.

In 2009, The Crown Estate became the first property owner to host a Workplace Coordinator seconded from Cross River Partnership, providing valuable access to The Crown Estate’s network of contacts, including retail and hospitality employers, as well as a location in the heart of the West End. To maximise opportunities for local people, it was agreed early on that the scheme would offer free recruitment services not only to The Crown Estate’s occupiers but to all West End businesses.

Recruit London has proved so successful that there is now a team of six, including three Workplace Coordinators, and other partners have come on board. The Crown Estate is also embedding the initiative into its volunteering programme, with five volunteers signed up to provide mentoring and other support to jobseekers in 2015. The Crown Estate is also progressing plans to expand a similar service to other areas where it operates.

Through the development planning process, The Crown Estate agreed to provide funding for Recruit London, as part of its Section 106 (S106) community contributions. Westminster City Council, Capital and Counties and the New West End Company fund the direct costs of the initiative, including making use of The Crown Estate’s S106 contribution. A particularly innovative aspect is that, from the very beginning, The Crown Estate has taken responsibility for delivery, hosting the Workplace Coordinator and providing in-kind support, including use of office space, facilities and IT services to both the Crown Workplace Coordinator and other project staff. The initiative is managed by Cross River Partnership.

Since 2009, Recruit London has contributed at least £10.9 million to the individuals and the UK†:

† The true total is likely to be higher as all figures are based on one year’s employment using 2012 data, with many candidates remaining in employment for longer and progressing into further positions. The spending of individuals’ wages within the economy also adds further value to the UK.

How to identify local candidates for job opportunities?

The Crown Estate’s asset managers promote the Recruit London service to existing and new occupiers. West End businesses that have used the service also use it again and recommend it on to other firms. However, as Recruit London’s reputation and links with West End employers have grown and unemployment has fallen, the team is having to work ever harder to identify an appropriate pool of local candidates for each opportunity. This also means that those who remain out of work increasingly need more support and training. The Workplace Coordinators therefore work with almost 50 local partners to reach local jobseekers. These include Jobcentre Plus, Paddington Development Trust, City of Westminster College and Peabody.

How to ensure local candidates have the necessary skills?

The Recruit London team meets candidates and delivers workshops on areas such as interview skills, confidence building, selling techniques and body language. They provide one-to-one support as needed to coach jobseekers back into work. They have previously worked with West End businesses and the Westminster Adult Education Service to help develop a tailored two-week training programme designed to meet the needs of local retail and hospitality employers. Four of these programmes have been delivered to date, with 70% of participants entering employment soon afterwards. In addition, Workplace Coordinators continue to work with candidates after they have entered the workplace to help with the transition into employment.

How to maximise impacts?

A new Specialist Workplace Coordinator role has been introduced to help Westminster residents with additional support needs, including those with disabilities or health conditions, a history of substance misuse or homelessness. The new Coordinator role aims to provide more one-on-one support to those with additional or bespoke needs in their search for employment, as well as offering advice to businesses on creating suitable opportunities.

How to build on Recruit London’s success?

The Crown Estate is in detailed discussions with local authorities at two of its major retail parks to launch Workplace Coordinator roles. It is also increasing focus on apprenticeships at its retail parks through the BCSC’s Retail Pathways initiative. In addition, The Crown Estate is exploring opportunities to further increase local employment, training and apprenticeship opportunities on its construction projects, in partnership with its development suppliers. 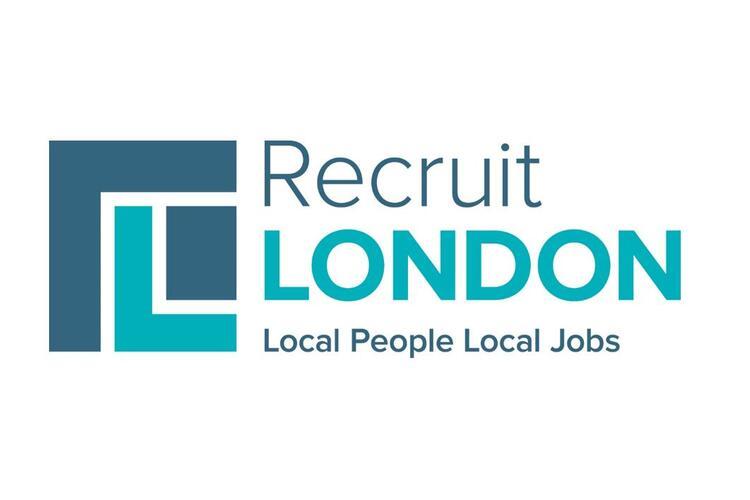 “Recruit London is a fantastic example of how property owners can make contributions to the community that go beyond bricks and mortar, and at the same time deliver commercial benefits. It is amazingly rewarding to be walking down the street and suddenly get a big hug from someone who you have helped into a job. And it isn’t just the individual that benefits, it’s their family, community and employer too. Getting a job is a wonderful thing – and these are great opportunities with amazing brands like Burberry and Café Royal on Regent Street.”