‘Science-based target setting’ is becoming common parlance amongst many sustainability professionals, but what does it really mean, how scientific is it and can it be adopted within the real estate industry?

The most recent impetus for setting ‘science-based targets’ or SBT has perhaps emanated from the increasingly global commitment to keep climate change within the +2degrees IPCC scenario. With many major nations (including the US and China) now signing up to the Paris Protocol and with the recent science indicating that we are now living in a 440ppm world, it would seem like a good time to ask what we need to do to keep within, and potentially below, this critical threshold.

When faced with a company that has set an emissions reduction target, we are often left thinking ‘it sounds good, but is it enough?’. The basic premise of SBT setting is that organisations should be setting long-term emissions targets based upon the science of climate change rather than short term incremental targets which are, at worst, plucked out of the air based on what sounds better than the one next door.

“Targets adopted by companies to reduce GHG emissions are considered ‘science-based’ if they are in line with the level of decarbonisation required to keep global temperature increase below 2 degrees compared to pre-industrial temperatures, as described in the 5th Assessment Report of the Intergovernmental Panel on Climate Change.” World Resources Institute World

On the surface it would seem relatively straightforward to begin setting targets in line with this ambitious, but essential goal. If only. These things are, of course, far more complicated than they at first seem. Developing targets for specific organisations or assets requires the extrapolation of these big picture scenarios into a far more refined outcome.  In response to this challenge a number of SBT setting methodologies (and more acronyms than you can throw a stick at) have been developed:

But just how watertight are these methodologies and can we rely on them to help shape climate change strategies? At our recent BBP Market Transformation Working Group we heard from The Carbon Trust and BBP member Land Securities, the first real estate company (globally) to adopt a science based target. We looked specifically at the Sectoral Decarbonisation Approach (SDA), the methodology used by Land Securities and championed by The Carbon Trust.

The SDA approach starts by taking the global scenarios and identifying the share of specific sectors’ contributions to climate change. According to the IPCC, buildings account for 6.4% of direct GHG emissions and 12% of indirect emissions.  The SDA pathway for the built environment sector shows that carbon intensity reductions of 48% by 2030 and 84% by 2050 are required to achieve the 2oC target.

So, how does one interpret this to find an individual pathway for a real estate company when most mitigation scenarios for industry are not detailed enough. Land Securities having been brave enough to try, discovered that there are some familiar issues to address:

So, does this new way of setting targets result in any meaningful changes to companies’ long-term trajectories? Land Securities’ previous energy target was a 15% reduction of energy within their top 5 consuming buildings by 2020 compared to a 2013/14 baseline. Their new science based target is to reduce carbon intensity (kgCO2/m2) by 40%, for properties under their management for at least 2 years, by 2030 compared to a 2013/14 baseline. So, the process of setting science based targets has:

Land Securities have also entered into this work with very positive, inquiring minds, as Tom Byrne says “This is a bit of a leap of faith, but the Executive Committee have been very supportive and it has enabled us to elevate discussions about emissions reductions from an operational level to a strategic level within the organisation.”

So how much of a science is science-based target setting? With so many different methodologies, extrapolations, data boundaries and assumptions built in, it is definitely better described as an art. And it is early doors for this approach – the market has just to narrow down the various methodologies to those that can stand up to external scrutiny and, indeed, verification if needed. The Science Based Targets Initiative is a joint initiative of the CDP, the UN Global Compact, the World Resources Institute and WWF who are working together to help provide some clarity around this emerging art, with their manual for science based target setting and an on-line calculation tool.

And, the benefits? Gaining board level buy-in, going beyond the normal investment decision-making time horizons, having a credible story to tell investors about why you are setting targets and a context within which to set targets for other stakeholders. These are all advantages of having a clear long-term trajectory, together with providing a rationale for innovation and investment.

As Alexander Farsan from The Carbon trust eloquently put it Science Based Targets are “A tool to shape ambition, not a consistent and coherent means of allocating global emissions.”

I for one think we need far less incrementalism and far more ambition. 2050 seems like a long time away and, in the context of investment and business decision-making cycles, it might as well be an eternity. It will, however, pass within the blink of an eye. Science based targets, whilst inevitably imperfect, can enable companies to go forward with their eyes open as to the scale and urgency of the challenge we face.

An article about Land Securities science-based target can be found here. 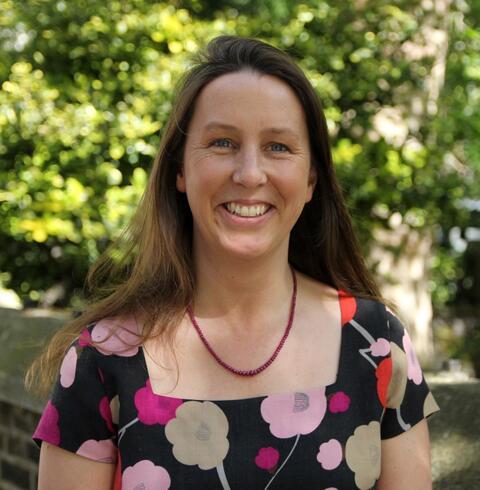