ENHANCING LOCAL CHILDREN’S WELLBEING THROUGH PLAY AND ACCESS TO NATURE

DEMONSTRATING HOW COMMUNITY PARTNERSHIP CAN MAKE A POSITIVE DIFFERENCE

Shaftesbury is a listed Real Estate Investment Trust, which invests exclusively in London’s West End. Soho Parish Primary School is the only school in Soho. It is a small school with less than 24 pupils per class and very limited space.

Shaftesbury has a long-standing relationship with the school because it is a valuable social asset, near Shaftesbury’s villages. The school fulfils a vital role for the local community and contributes to the village atmosphere of Soho, which is part of what attracts businesses, residents and visitors to the area and to Shaftesbury’s assets.

In 2015, the Headteacher decided that, for the health and wellbeing of the children, the playground needed to be completely redeveloped. The small size of the existing playground limited the amount of time children had to explore, keep fit and play outside, with only two classes able to go outside to play at any time. Shaftesbury agreed to help the school raise money for the playground redevelopment.

In the same year, Shaftesbury became a founding member of Wild West End, a collaboration of West End property owners to create a network of green infrastructure for both environmental and community benefit. Shaftesbury identified an opportunity to introduce a range of greening initiatives in the new space that would contribute both to the children’s experience and to the biodiversity of the West End.

Funding and creating the playground

Shaftesbury was headline sponsor of the school’s main annual fundraising event, the Soho Food Feast, for the fifth year. This weekend long food festival is also supported by West End restaurants, including Shaftesbury’s occupiers. The remaining funds for the playground were raised with the help of Shaftesbury’s Chief Executive, Brian Bickell, who personally donated money and rallied other local property companies to donate. In addition, Shaftesbury organised and funded the official opening of the playground in 2015.

Features of the new playground include: 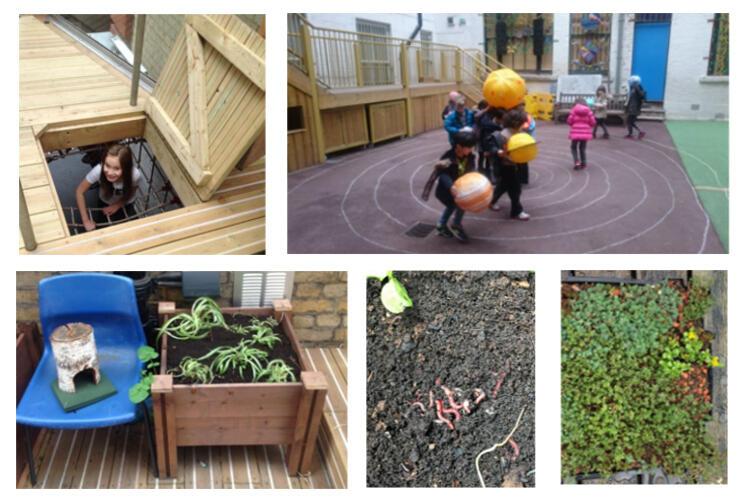 Since the launch, Shaftesbury has introduced a series of greening initiatives and ecological enhancements, supported by sustainability consultants Arup and RPS Group.

Features which the Shaftesbury team helped build and install include:

Over £200,000 fundraising to cover the playground redevelopment costs by the school’s partners, including Shaftesbury, which also played a key role in bringing other funders on board, e.g. funding breakfast events.
£800 Shaftesbury funding for ecological features.

How to deliver ecology projects in central London?

Central London locations produce challenges for biodiversity initiatives in terms of space and opportunity. However, even small-scale green features can bring big benefits, from encouraging city wildlife to enhancing people’s everyday experiences and inspiring employees. At Soho Parish Primary School and elsewhere across its portfolio (more here), Shaftesbury has fitted sedum pods. These are an important replacement for missing habitats in built-up areas. They are valuable habitats for bees, butterflies and other insects, linking to planters and roof gardens in adjacent buildings and so removing barriers to local biodiversity, helping it thrive.

How to maintain ecology projects in central London?

Maintenance is a key consideration. The pods at Soho Parish Primary School include up to 12 species of sedum for optimal year-round performance, with a coarse substrate of recycled organic material acting as a growing medium. This means they only need one or two visits a year to check for plants that need replacing and to apply nutrients if required. Sedum is low maintenance and, although the pods may need a trim every few years, the cuttings can be left as they root again and thicken the matting. To monitor the impact of the pods, Shaftesbury is looking at including Soho Parish School in Wild West End biodiversity surveys.

How to deliver a project requiring infrastructure in a school environment?

Projects involving schools always need to work around the academic calendar. The major playground redevelopment could only be completed during the long school summer holidays. This put time pressure on the fundraising as, if the money was not raised in time for the 2015 holidays, it would delay the project by an entire year. To address this challenge, Shaftesbury’s Chief Executive became a major donor and promoter for the playground. Similarly, during the greening phase, everything needed to be scheduled out of school hours. Ecological features such as the sedum pods were delivered to the Shaftesbury offices during the day and then taken by the Shaftesbury team to the school and installed once children had left. 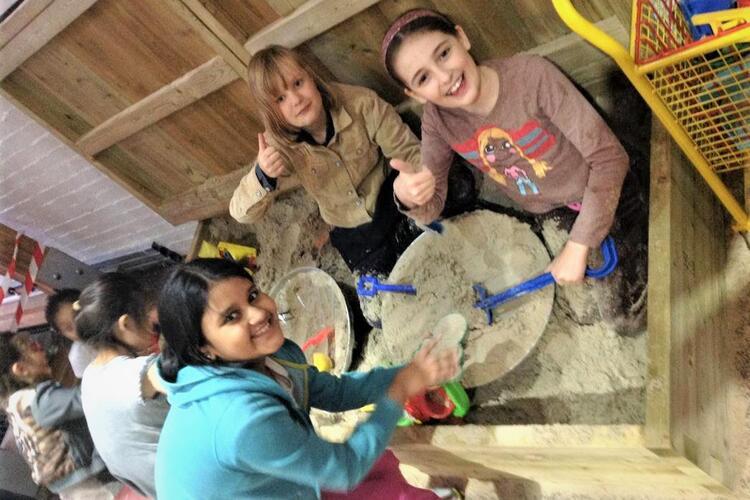 “As a small state school with ever decreasing Government funding, we are grateful for (and in many respects reliant on) the fundraising efforts of local companies such as Shaftesbury. We recently raised over £200,000 for a playground redevelopment which has brought much needed additional play space and exciting play equipment to children whose access to outdoor space is otherwise very limited. The impact of this on children’s wellbeing and concentration has been huge, as noted in our recent Outstanding Ofsted report.”