Following the launch of the Wild West End biodiversity collaboration with other property owners, Shaftesbury has implemented a Pollinator project across Carnaby. Initiatives include installing 25 mixed-species sedum pods on service roofs and planting pollinator friendly species in 635 window boxes, 98 planters and 46 hanging baskets.

ENCOURAGING BEES AND OTHER POLLINATORS BACK INTO LONDON'S WEST END

CREATING OPPORTUNITIES FOR RESIDENTS, VISITORS AND WORKERS TO ENJOY NATURE

Shaftesbury is a listed Real Estate Investment Trust, which invests exclusively in London’s West End. Shaftesbury has been delivering biodiversity enhancements since 2009. Initiatives include installing eight green roofs and six green walls on refurbishment projects, as well as smaller scale measures, such as bird boxes and bee hives.

A key driver was the recognition that even small biodiversity improvements are important, given increasing threats to ecosystems globally. Initiatives that encourage nature to thrive in urban environments can also increase the aesthetic appeal of buildings and enhance the wellbeing of occupiers.

In 2015, Shaftesbury joined Wild West End, a collaboration that brings together some of the West End’s largest property owners: The Crown Estate, Grosvenor Britain & Ireland, The Portman Estate, Howard de Walden and Shaftesbury. The aim of the initiative is to create a network of green infrastructure for both environmental and community benefit. For a case study on The Crown Estate’s participation in Wild West End, click here.

Carnaby comprises 130 mixed use buildings and represents 35% of the total portfolio by value. The biodiversity focus here is to support pollinating species. Not only are pollinators, such as bees, popular with people, they also provide vital ecosystem services, pollinating food crops and flowers. However, many pollinator populations are in decline across the world.

The Pollinator project in Carnaby was coordinated by Shaftesbury head office management team and implemented by the estate team.

Through the project, 25 sedum pods were installed on service roofs. The 1m2 pods comprise up to 12 species of sedum for optimal year-round performance. A coarse substrate of recycled organic material acts as a growing medium, all contained within a lightweight, 100% recycled plastic tray.

To engage with the local community, Shaftesbury promoted Wild West End and the Pollinator project during the 2016 Carnaby Street Eat event. Hundreds of visitors to the food festival found out more about the importance of enhancing habitats for pollinators and picked up free sachets of seeds for pollinator friendly plants. They were also able to sample honey from beehives on roofs in Shaftesbury’s Covent Garden holdings.

The newly planted sedum pods, window boxes, planters and hanging baskets create small areas of habitat, which provide stepping stones to larger green areas nearby. These include a well-established green roof at 26 Carnaby Street, installed by Shaftesbury in 2010. At 22 Ganton Street in Carnaby, where Shaftesbury’s head office is located, there is also an extensive green roof with wildflower areas, bird boxes and insect hotels, as well as a green wall. More here.

The project only began this year, so benefits are still emerging. However, through Wild West End, regular surveys and group objectives are proposed to assess biodiversity enhancements, against a baseline survey undertaken in early summer.

Over time, benefits are expected to include:

How to maintain planting?

For the window boxes, planters and hanging baskets, the seasonal planting regime is carefully planned to ensure year-round appeal, e.g. with evergreen as the base for winter. As standard on Shaftesbury holdings, the landscape contractors carry out regular maintenance to make sure that displays remain visually appealing, as well as providing food sources for insect pollinators. Around 80% of the general maintenance cost is recouped through the service charge. The sedum pods need minimal maintenance once in place to remain valuable pollinator food sources. If any of the plants die off, the pod can easily be replaced or enhanced with sedum plug plants. More here. Service roofs are not accessible to visitors and so visual appeal is not needed. The small, lightweight format of the pods also makes them easy to carry and install, once access to service roofs has been gained.

How to expand the project?

The Pollinator project has demonstrated that planting can be both visually appealing and promote healthy pollinator populations, whereas previously the focus was on aesthetics. Building on this success, Shaftesbury has set a 2017 objective to extend the programme to other parts of the portfolio in Covent Garden, Chinatown and Soho. The use of the sedum pods, hanging baskets and window boxes is relatively easy to replicate. Estate teams will work with landscaping contractors to select attractive, pollinator-friendly species for window boxes, planters and hanging baskets. More sedum pods will also be installed on service roofs, including at Carnaby, where space and weight-bearing potential allow. In addition, across the portfolio, larger features such as green roofs and walls are considered as part of individual refurbishment projects, where feasible and of sufficient scale. 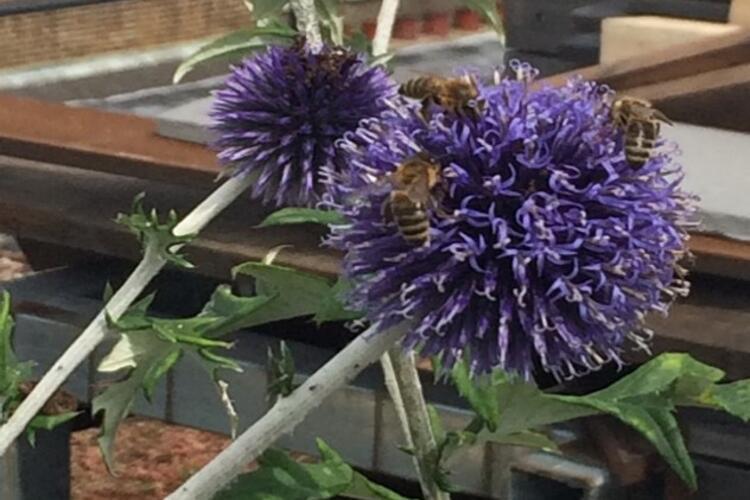 “When biodiversity is planned in, nature can thrive in urban environments. Our Pollinator project in Carnaby shows that even small scale enhancements, such as sedum pods, hanging baskets and window boxes, can enhance biodiversity and create a better environment for people.”