Through the introduction of smart metering and monitoring by EP&T, M&G Real Estate and intu Properties plc have saved more than £1m in energy costs and over 6500 tonnes of carbon at Manchester Arndale Shopping Centre.

Manchester Arndale is one of Europe’s largest city centre covered shopping complexes which is owned by M&G Real Estate and intu, and managed by CBRE. The maintenance team and engineers on site are from Integral.

Built in the 70’s, the building has undergone several extensions and renovations over the years. It was severely damaged during the 1996 IRA bombing in central Manchester and became one of the symbols of the city’s reconstruction in the following years. Due to the multiple extensions and redevelopments to the building, it has a technically complex structure and energy management has been notoriously difficult to oversee.

In September 2014, the owners introduced a new sub-metering system as part of its energy management strategy for Manchester Arndale shopping centre. Through a partnership with EP&T Global, the sub-metering system has already helped the management team at Manchester Arndale cut electricity use by 33% since its installation. As of February 2017, the 5-year programme is already well on track to save more than £1m in energy costs and over 6500 tonnes of carbon emissions.

Founded in Australia in 1993, EP&T Global provides environmental management systems in the form of sub-metering to unlock significant efficiency savings. Their aim is to bring technology, processes, and people together to identify where and how to focus efficiency efforts, and as a result, optimise existing practices to transform how buildings perform.

M&G Real Estate contracted EP&T to install their EDGE system, which consisted of 130 energy sub meters, and employ their MARS process, which analyses the data and makes improvement recommendations. This provides the centre team with early alerts about opportunities to optimise efficiency.

The system has been designed with the following objectives in mind:

Management and monitoring of the meters is done on a regular basis and the site team has regular site calls with the EP&T engineers based in Australia. The Australian-based team have visited the site in person so they know the location well and a small team of EP&T engineers is based in the UK.

Manchester Arndale has been recognised within the shopping centre industry for its sustainability and energy management credentials. In 2015, it won several key sector awards; the Sceptre award for Energy Management and the Green Apple award for Sustainability.

In 2015 M&G Real Estate also won the CIBSE Building Performance award for energy management for its UK portfolio of shopping centres, of which the improvements at Manchester Arndale played a big part. At the same ceremony, M&G Real Estate was awarded the overall Carbon Champion Award 2015.

Following the success of this initiative, M&G Real Estate had the EP&T system installed in the Galleries shopping centre in Washington in December 2015 and is currently having it installed in the Holborn Bars office development in central London.

How to get the facilities management team on board?

Although initially hesitant to embrace a new metering system, the awareness strategy and training given to the on-site team, has proven effective. The CBRE on-site management team as well as the facilities team now appreciate the benefit of the system, allowing them to quickly flag anomalies in energy consumption.

How to get internal approval for funding? 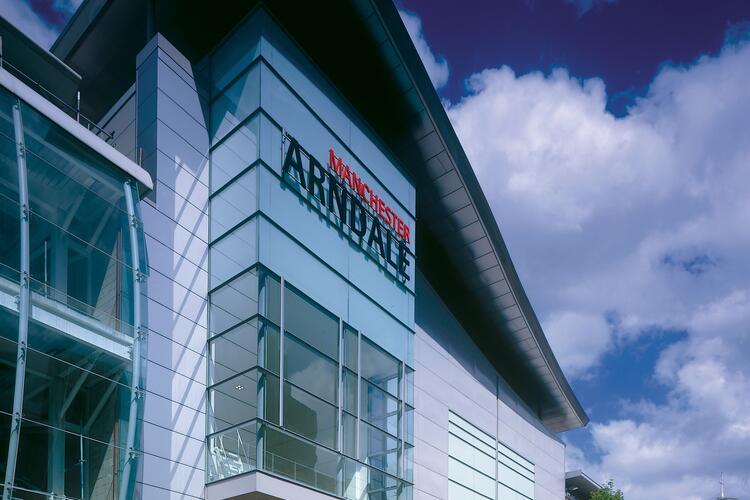 “As soon as EP&T was installed, the centre team could forensically examine the operation of the plant and equipment, ensuring the operation is optimised. As the centre team improved their understanding of consumption, they identified and tested opportunities to cut back on plant operation, aligning it better to shopping hours. I see the system as performing a continuous audit, giving occupiers, shoppers and the owner operational comfort exactly as it should be.”

“Following the introduction of our energy management plan we are delighted with how the Manchester Arndale team has embraced the opportunity to optimise efficiency. From security and cleaning, to engineering and marketing, we all have a role to play and it is wonderful to see people looking at what they do and asking, ‘is there a better way?’. We are extremely proud of the energy reductions achieved and thrilled that these have won several highly-acclaimed industry awards.”