17% reduction in CO2 emissions vs the measurement and verification baseline

Automatic operation of CCHP for first time in 10 years

When TfL took full occupancy of the building in 2013 (taking on two further floors after the London Development Agency moved out), it reconfigured electrical infrastructure to allow for additional control rooms. It also commissioned Verco to investigate why the original tri-generation CCHP was not operating as originally anticipated.

Informed by this review, the CCHP system was turned off while TfL investigated solutions.

In 2015, TfL appointed E.ON to carry out an energy performance contract, through the Greater London Authority’s RE:FIT programme. E.ON’s solution guaranteed savings of at least £111,000 a year and an 8% reduction in CO2 emissions. Importantly, it could be retrofitted without any downtime for the building’s 24/7 operations.

E.ON’s project works focused mainly on improving the efficiency and operations of existing technologies in the building, such as the whole CCHP system and DHW, as well as optimising building management systems (BMS) controls.

Results at the end of the first year: 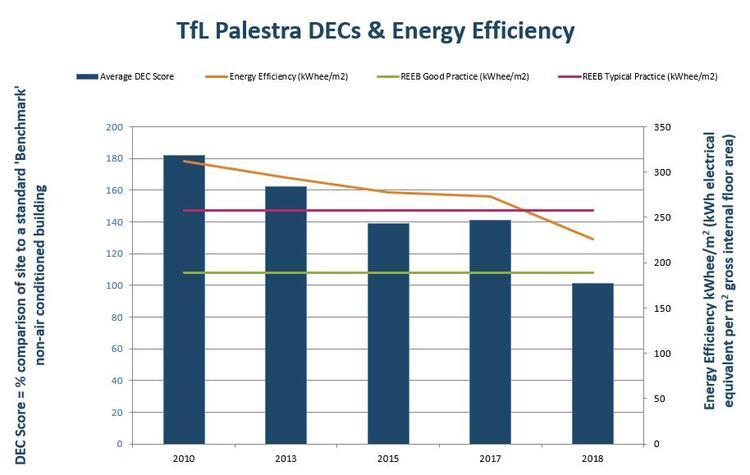 How to bring together multiple stakeholders on a complex project?

From the outset, the BSRIA Soft Landings provided a framework for all parties to work collaboratively on improving the building’s operational performance. A clear communication process and long-term commitment from all project partners were key to success, with everyone working together to deliver a lasting solution. E.ON’s energy solutions team engaged with TfL’s Environmental Manager early on to understand the fundamental issues. E.ON then brought in specialist partners to design and deliver appropriate solutions. Ramboll analysed the base build, identifying issues and designing potential solutions. Megan Mechanical Services delivered the complex pipework changes. A&O Engineering Design commissioned the systems. Other specialist providers working with TfL, such as CarbonCulture and AECOM, have been involved in developing a ‘live’ DEC to help publicise the success of the project. All subcontractors attended regular site meetings at Palestra, driven by TfL’s dedicated Project Manager, initially to understand the issues and later to assess solutions. Ramboll’s designs were also reviewed in detail at workshops involving TfL and key London Underground power stakeholders.

How low can we go?

TfL’s Environmental Manager is keen to maintain the sub-100 D-rated DEC score at Palestra. This is a great achievement as a 100 score is comparable to a non-fully air conditioned, mixed mode, standard occupancy density building. Upcoming efficiency plans include:

TfL is also investigating opportunities to recommission the fuel cell, following the purchase of the only spare stack for the model from an unused site elsewhere in the UK, and coupling its use with second-life electric vehicle batteries for energy storage. This would enable further Demand Response opportunities, both from reducing energy use at peak times / supplying excess capacity back to the Grid, and also from absorbing power from the Grid during periods of excess Grid capacity, thereby easing both these pressures on the Grid. 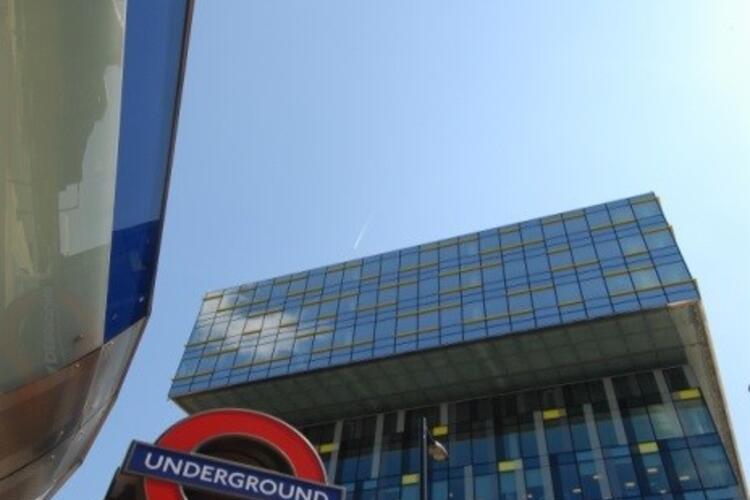 “The substantial cost savings and CO2 reductions achieved through our RE:FIT project with E.ON and other specialists at Palestra show the power of partnership working. As other improvements come online, building performance is likely to improve even further, largely through optimising and recommissioning existing equipment rather than starting anew.”