Transport for London carried out a major fit-out of its new flagship Head Office in Southwark, the Palestra building, to dramatically reduce running costs and improve its environmental performance. This saw the installation of the UK’s largest, building-integrated fuel cell Combined Heat and Power plant, helping to cut the building’s CO2 emissions by up to 40%.

25% of power generated at peak times

When Transport for London (TfL) acquired the head lease for the Palestra building in 2007, it set out to dramatically cut running costs and improve the building’s environmental performance.

A key part of the brief was to raise the BREEAM sustainability rating from Very Good to Excellent.

This was part of the organisation’s efforts to support the Mayor of London’s targets to cut CO2 emissions by 60% by 2025 and have 25% of energy from local sources.

TfL’s move to the striking building, designed by Will Alsop and winner of two RIBA awards, was part of an accommodation strategy designed to consolidate multiple sites and cut costs.

Completed in 2006 by Blackfriars Investments and Royal London, more than 3,000 staff are now housed across the building’s 12 floors.

Before any low or zero carbon technologies were looked at, the building was optimised for energy efficiency to reduce demand.

The state-of-the-art hydrogen fuel cell now supplies electricity and hot water to the building, providing heating and hot water in the winter, as well as converting heat into cooling through an absorption chiller. The tri-generation system has also been designed to form part of a future district-heating network.

A 74,000-litre thermal cylinder stores surplus heat generated on site to make it available when it is required through the day, to maximise CO2 savings. An innovative solution to locating the thermal store was found by half burying it in a disused cellar, with the above-ground element creating a striking piece of public art.

To communicate the benefits of fuel cell technology, TfL also created a permanent multimedia exhibition on the ground floor.

Overall, the sustainability measures have resulted in:

The payback period for the environmental improvements at Palestra is around 10 years, well within TfL’s 20-year lease on the building.

The installation of the £2.4 million fuel cell was funded by TfL’s £25 million Climate Change Fund. It is estimated to save around £90,000 each year on energy costs, as well as generating £25,000 revenue from exported electricity and £25,000 of Climate Change Levy rebate.

In its first year of operation, it scored 125 on the Government’s CHP quality assurance (CHPQa) scheme, 25 points above the threshold of 100, enabling TfL to claim under the enhanced capital allowances scheme and reduce gas costs through exemption from the Climate Change Levy.

How to integrate all the retrofit equipment, including the CCHP plant, and where to put it in an already congested building?

Through innovative use of space, TfL successfully integrated the CCHP plant and rainwater tanks into the building. The conventional CHP engine and thermal store were ‘squeezed’ into unused cellar space, the absorption chiller and cooling towers were positioned on the roof, the rainwater tanks went into the basement, and the fuel cell CHP engine was sited in a former reception area, partly to enable it to become part of a public display on the ground floor.

How to motivate building management and occupiers?

TfL has a well-established network of around 220 volunteer Environmental Champions who have helped to roll out campaigns since 2006, liaising closely with building management. An extensive advanced metering network, made up of 120 utility meters, provides information on performance. This is used to produce reports to give feedback to occupiers, for instance on equipment left on at night, with monthly energy and  waste league tables further encouraging efficiency.

How to carry out the retrofit whilst areas of the building were occupied?

Careful planning helped to reduce disruption, with phased and out-of-hours working, particularly over weekends, and much work taking place in unoccupied areas. 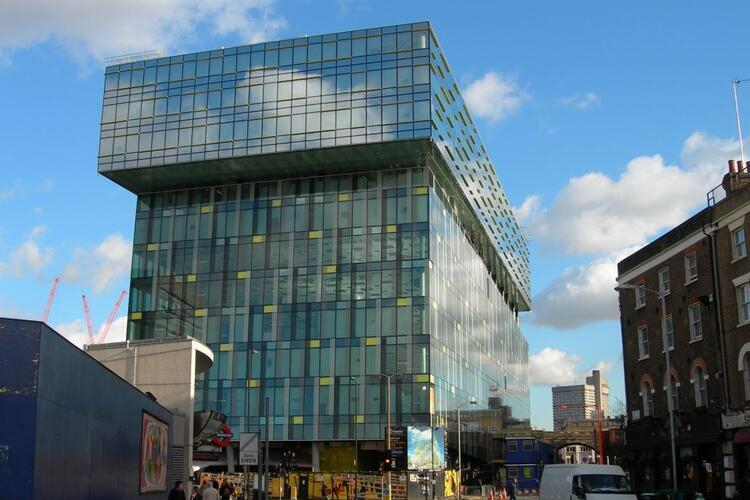 “The work done at Palestra proved that a range of technologies could be retrofitted to even the most modern of buildings, designed to meet building regulations, ranging from high tech to simple solutions, delivering real cost and CO2 savings and making a better, more productive workplace.”

Andrew Stanton, Head of Sustainable Buildings at Transport for London