Property management firm Workman delivers a broad range of initiatives to meet and exceed clients’ sustainability objectives. It puts property owner Hermes Investment Management’s Responsible Property Investment (RPI) strategy into action on a daily basis at 50 properties. At Crystal Peaks Shopping Mall and Retail Park near Sheffield, the partnership between Hermes and Workman has delivered commercial, environmental and social benefits, demonstrating what can be achieved when owners and managing agents work effectively together on sustainability.

£53,600 income for Hermes from solar PV and 10% lower electricity rates for occupiers

Crystal Peaks Shopping Mall and Retail Park is an out of town district shopping centre located seven miles south east of Sheffield. Covering nearly 40 acres, it offers over 100 stores and attracts 13 million visitors a year. It has been managed by Workman on behalf of Hermes since 2012. Crystal Peaks won Hermes’ Best RPI Initiative Award 2013, with projects led by Centre Manager Lee Greenwood. Footfall at the Centre has risen by 10% from 2009 to 2014.

To celebrate Crystal Peaks’ 25th anniversary in 2013, the team built on its longstanding community programme to pledge support for 25 local projects through donations, fundraising, volunteering and awareness raising activities.

Ongoing partnerships continuing from this initiative include:

How can managing agents and owners work together effectively on sustainability?

Hermes’ RPI strategy provides the overall sustainability goals and Workman’s property managers take a proactive approach to identifying opportunities on site. For initiatives that require capital expenditure, property managers meet with the relevant Hermes asset manager and review all details, including payback periods. Planned Preventative Maintenance (PPM) works are funded both through the service charge and by Hermes. Property managers receive monthly building performance reports from Carbon Credentials, which they review with asset managers at monthly meetings. In 2014, Workman also organised a training day by Carbon Credentials for property managers in Hermes buildings, e.g. improving their ability to interpret energy graphs. Hermes also holds annual RPI awards to encourage property managers and others to go above and beyond on sustainability, and publishes an annual RPI Report to share good practice. Hermes’ RPI principles are included in contracts with key suppliers, including Workman, which won Hermes’ Best RPI Property Manager Award 2014.

How to deliver a PV installation at a shopping centre?

Workman carried out site surveys at Crystal Peaks and obtained costs, following discussions with Hermes. Hermes agreed to fund installations on four south facing roofs. Hermes commissioned Syzygy Renewables to procure and project manage the installations, providing structural and technical consultation, arranging planning consent and establishing the roofs as structurally viable through loading calculations and fixing design. The Workman team at Crystal Peaks led the project on the ground, dealing with the practical requirements of the installer, Sundog Energy. Generation capacity was split across two 50 kWp installations to qualify for the Government’s higher Feed-In Tariff. The installation was the first in Europe to use the Trinamount III mounting solution, which halves the installation time by reducing the number of parts and eliminating the need for traditional mounting rails. From order through to final installation, the project was delivered in six weeks, with timings advanced after it was announced that Feed-In Tariffs would be reduced after July 2012. Tours of the installation have been held for local environmental groups and students.

How to plan for a car boot sale at a busy shopping centre?

After drafting the terms and conditions, Workman applied to the local authority for a licence for up to 100 stalls. They scheduled the event for a Sunday morning before the Centre was fully open to minimise disruption and impact on trade due to lost parking spaces. All stalls were pre-booked for £5, donated to St Luke’s Hospice. The layout segregated cars from people and gave each stall holder one space for their car and another for their stall. The team liaised closely with retailers, including asking food and beverage retailers to open early. Stall holders donated 100 bags of leftover items to St Luke’s Hospice, and the charity had volunteers collecting and giving out information on the day. St Luke’s Hospice described the day as ‘fantastic’, 98% of stall holders would like to participate again, and several retailers saw increased sales – a win/win for all. 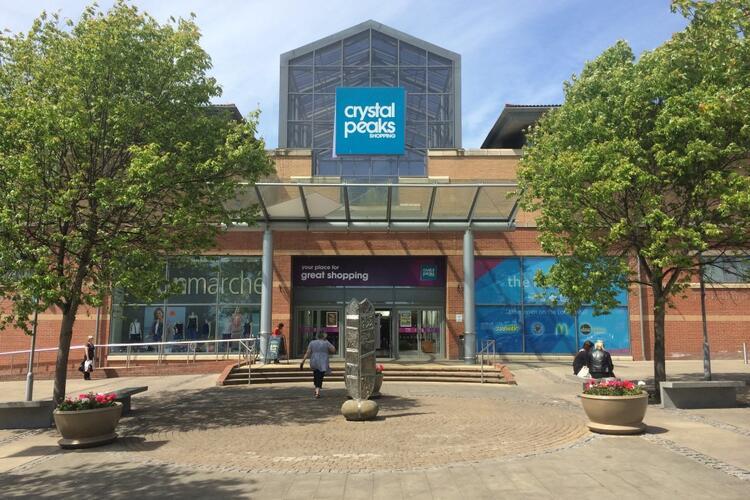 “Workman has shown a determined commitment to take on Hermes’ ambitious sustainability requirements and implement them across the complex and diverse portfolio they manage on our behalf.”