SEGRO is achieving strong progress on its 2020 sustainability goal to increase renewable energy generating capacity across the Group, following the launch of a scheme in 2013 to fund PV (photovoltaic) panels on suitable buildings across the portfolio. This scheme offers occupiers the opportunity to purchase this renewable electricity at reduced rates compared to National Grid electricity. The renewable installations are wholly owned by SEGRO, which sells the power to the occupier, with the surplus going to the National Grid. In 2014, SEGRO installed an additional 1.3 million kWh of renewable energy generation capability across the portfolio, including PV arrays on its own offices at 258 Bath Road on the Slough Trading Estate and on a number of SEGRO buildings across London and Thames Valley.

SEGRO owns, manages and develops modern warehousing, light industrial and data centre properties, principally concentrated in London’s Western Corridor and key conurbations in France, Germany and Poland. As part of the company’s 2020 sustainability strategy, it aims to increase renewable energy generating capacity across the Group. SEGRO is achieving this through technologies such as PV panels, ground and air source heat pumps, and solar thermal heating. Projects include direct investment, as well as support for occupiers that wish to carry out renewable energy installations in SEGRO buildings. This article focuses on how SEGRO has retrofitted photovoltaic arrays onto existing buildings.

SEGRO pays the capital requirement for each renewable energy project and then either leases the system or sells the energy to the occupier. The scheme mechanics enable both SEGRO and occupiers to benefit

SEGRO’s renewable funding scheme is a scalable project that can be repeated across the portfolio, creating both commercial and environmental value:

1. Department of Energy and Climate Change: Energy Consumption in the UK (2015): Chapter 3

How to install PV across different countries?

SEGRO operates a cross-border technical group that meets quarterly to share technical knowledge, experience and ideas, with renewable energy a key area of research. Operating in nine different European countries, SEGRO also tailors its approach to renewables for each country, taking into account the different planning and regulatory frameworks. In the UK, supported by Government Feed-in Tariffs, SEGRO and occupiers own renewable energy installations outright, using the energy and collecting payment for power fed into the National Grid over a 20 to 25 year period.

How to plan for renewables in a changing regulatory context?

Recent reductions in Government Feed-in Tariffs will make it more difficult for SEGRO and others to achieve returns on PV installations, affecting payback periods and the financial viability of renewable projects. For instance, when the Government previously announced reductions to Feed-in Tariffs from December 2011, this reduced the number of viable projects. However, over time the supply chain adapted their offer to meet the company’s viability criteria. SEGRO remains committed to increasing renewable energy generation, and will continue working closely with occupiers and PV partners to deliver projects that deliver commercial and environmental returns.

How to communicate the renewables offer to occupiers?

SEGRO’s sustainability team worked closely with different areas of the business, including leasing, marketing, asset management and refurbishment, to explain the renewables scheme to them and secure their buy-in. They set out how the scheme could support each business area, e.g. helping the leasing team regear leases with existing occupiers, the marketing team promote available space, the asset management team improve occupier satisfaction and the refurbishment team improve a building’s sustainability rating. They also included maintenance costs within the PV appraisal process, with SEGRO taking on responsibility for maintenance. This means that the panels are a ‘no-hassle’ option for occupiers. SEGRO provides guidance to its roof-cleaning contractors on requirements for cleaning PV panels, which becomes part of ongoing services. 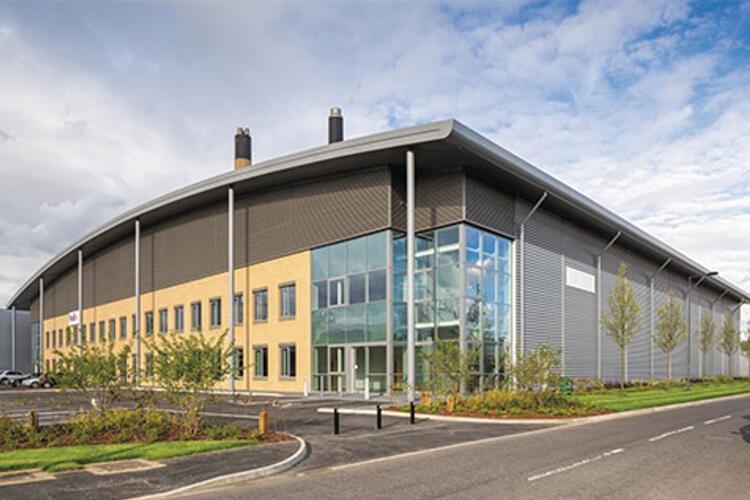 “The solar PV system has helped us reduce our carbon footprint and reduce energy costs by around 60%.”

“Our renewable energy scheme saves occupiers money and acts as a great incentive not only to attract new customers, but also to retain existing ones.”